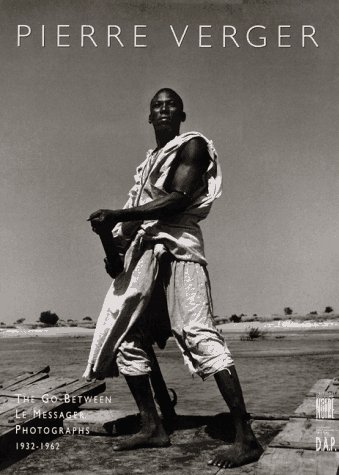 Pierre Verger: Le Messager/the Go-Between : Photographies, 1932-1962
by Jean Loup Pivin
Amazon.com Review
Photographer Pierre Verger believes that "photography enables us to see what we don't have time to see, for it is fixed. What's more, it memorizes, it is memory." For Verger, who traveled the world and immersed himself in the cultures of the people he photographed, these images capture his history. For others, they convey a sense of history--personal and cultural. These light-drenched photos of images--a small-town Mexican carnival in the '30s, Brazilian dock workers in the '50s, a Peruvian trapeze artist in the '40s, and 1937 Shanghai street scenes--present a portrait of a world now lost amidst decades of war and political and social upheaval. Verger believed that along with his profession came the role of messenger, connecting people of different cultures via his revelatory portraits. And his success in that endeavor is evident in the sheer force of these images, truly a testament to people in another place and time.
Publisher's Description
The deep sensuality of Pierre Verger's images are an unparalleled exploration of world cultures' richness. These photographs reveal the desire of a photographer's eye. Taken during his thirty years of travel in Africa, Asia, and the Americas, they define a style that has become popular recently through the work of such photographers as Herb Ritts and Annie Leibovitz.
ISBN: 1881616819
Publisher: Power House Books
Hardcover : 240 pages
Language: English