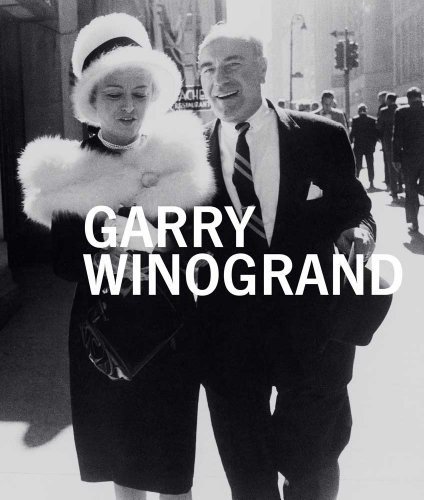 Garry Winogrand (San Francisco Museum of Modern Art)
by Leo Rubinfien
Publisher's Description
Widely regarded as one of the most important photographers of the 20th century, Garry Winogrand (1928–1984) did much of his best-known work in Manhattan during the 1960s, becoming an epic chronicler of that tumultuous decade. But Winogrand was also an avid traveler and roamed extensively around the United States, bringing exquisite work out of nearly every region of the country.

This landmark retrospective catalogue looks at the full sweep of Winogrand’s exceptional career. Drawing from his enormous output, which at the time of his death included thousands of rolls of undeveloped film and unpublished contact sheets, the book will serve as the most substantial compendium of Winogrand’s work to date. Lavishly illustrated with both iconic images and photographs that have never been seen before now, and featuring essays by leading scholars of American photography, Garry Winogrand presents a vivid portrait of an artist who unflinchingly captured America’s swings between optimism and upheaval in the postwar era.