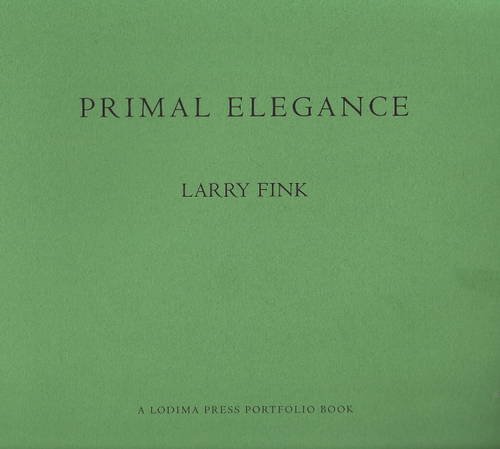 Primal Elegance
by Larry Fink
Publisher's Description
Photographs of praying mantises. A surprise for those who think they know Larry Fink’s photographs.

“I found them at home, in the fields and on the sills of each window. . . still life thrusting, going through its cycle. It has been five months on my knees, three hours each day, camera in hand searching for images that allow me entry in a world where I cannot be. . . . I became what I beheld.” — Larry Fink

Larry Fink has been a professional photographer for forty years. The recipient of two Guggenheim Fellowships and two National Endowment for the Arts grants, he has had one-person exhibitions at the Museum of Modern Art, New York, the Whitney Museum of American Art, New York, the San Francisco Museum of Modern Art, and the Musée de l’Elysee in Switzerland, among others. In 2002 Fink received an honorary degree of Doctor of Fine Arts from the College for Creative Studies in Detroit, Michigan.

Among his publications are Social Graces, Boxing, and Runway. His commercial work includes advertising campaigns for Smirnoff, Bacardi, and Cunard Lines, and his photographs have appeared in numerous publications including Vanity Fair, W, GQ, Detour, The New York Times Magazine, and The New Yorker. He has been teaching for the past forty-one years, the last sixteen as Professor of Photography at Bard College.
ISBN: 1888899298
Publisher: Lodima Press
Paperback : 34 pages
Language: English