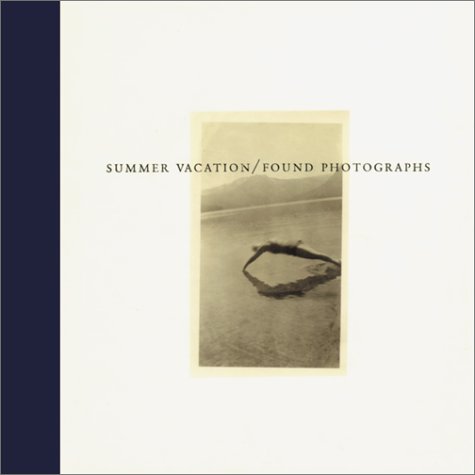 'It would be hard to imagine a more satisfying artifact than this collection of anonymous snapshots, from the late nineteen-thirties to the early sixties, which document the unchanging iconographic repertory of the carefree American summer. '
- The New Yorker

Today it is difficult to truly grasp the epoch-making impact of the popular introduction of George Eastman's ''instant camera'' in the 1880s. After all, photography did not just create a new way of seeing the universe, it created an entirely new universe, an infinite expanse of images: lone figures smiling or frowning for unknown reasons, small town storefronts ripped from their surrounding context, road signs and seagulls, monuments and prize fish, celebrities and people close to us, our own selves and people we can't even remember. Summer Vacation/Found Photographs offers a familiar, strange, and moving look at one galaxy of this 'photoverse'' through a collection of found vacation photographs. The images here once resided in photo albums or idled in dusty drawers; now they are collected together, forming a kind of road map of the American imaginary: cars and trailers in front of suburban homes and in the background in shots national parks; exuberant teenagers displaying their bodies on beaches; families in boats, in the ocean, out fishing; highways, zoos, and picnics; hotels, amusement parks, hammocks, ships, and sand castles-Summer Vacation/Found Photographs is a brilliant document of the secret life of the photograph.
ISBN: 1890481017
Publisher: T. Adler Books
Hardcover : 126 pages
Language: English