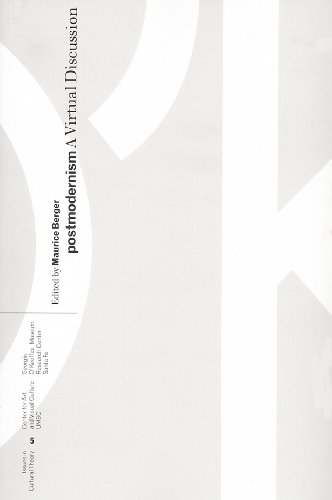 What is postmodernism and is it a useful concept for understanding American art and visual culture of the past 40 years? When and to what extent did modernism wane as a viable force in American art? How have the various liberation movements, from civil rights to feminism, influenced American art and culture and contributed to the rejections of the modernist ethos? How has globalism changed American art and culture? How have the new technologies of the past 5o years-television, personal computers, the Internet-altered the nature of progressive art in the United States? Are any of these changes innately postmodern? These issues and more were debated during the two week online conference The Modern/Postmodern Dialectic. American Art and Culture, 1965-2000, held on the Georgia O'Keeffe Museum website during Octobert 2001. Postmodernism: A Virtual Discussion features the edited proceedings, with contribution from an international group of scholars, artists, and curators, including Dan Cameron, Donna DeSalvo, Wendy Ewald, Chrissie Iles, Catherine Lord, Olu Oguibe, Yvonne Rainer, and Robert Rosenblum. Maurice Berger is a senior fellow at the Vera List Center for Art and Politics of the New School for Social Research and curator of the Fine Arts Gallery, University of MBC. An independent curator and lecturer, he is the author of three books, most recently White Lies: Race and the Myths of Whiteness, which is currently being made into a documentary by PBS.
ISBN: 1890761052
Publisher: The Georgia O'Keeffe Museum/The Center for Art and Visual Culture, UMBC
Paperback : 150 pages
Language: English
Dimensions: 6.5 x 8.8 x 0.6 inches