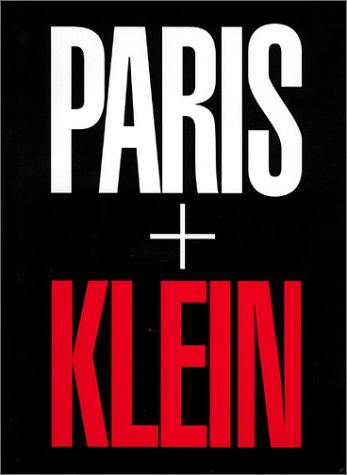 William Klein: Paris + Klein
by William Klein
Publisher's Description
It takes a Klein to widen our eyes; if he remains unabashed about his game plan to get in your face, that is because the faces of Parisians are a more reliable guide to the place. . .than any map of the Métro. - Anthony Lane, The New Yorker William Klein always dreamed of living in Paris, like Henry Miller, Gertrude Stein, and other like-minded artists and writers. In 1948, stationed by the United States Army in Paris, he stayed-and fled his family and America to become a painter. He quickly found another family and recognition for his talent. Today, one is tempted, like critic Anthony Lane, to say that he is 'the American in Paris.' PARIS + KLEIN gathers together hundreds of photographs shot by Klein from the time he first picked up a camera in the 1960s until he put it down, momentarily, to put together this book. In his signature color and black-and-white compositions, jostled to the brim with more information than a single camera lens was ever expected to take in, we find: men in the street, celebrities, demonstrations, fashion, the police, politics, races, the métro, soccer, death. . .The whole life of a capital seen through the lively, acidic, melancholic, humorous, irnoical, and moving eyes of William Klein.
ISBN: 1891024698
Publisher: D.A.P./Distributed Art Publishers, Inc.
Hardcover : 346 pages
Language: English