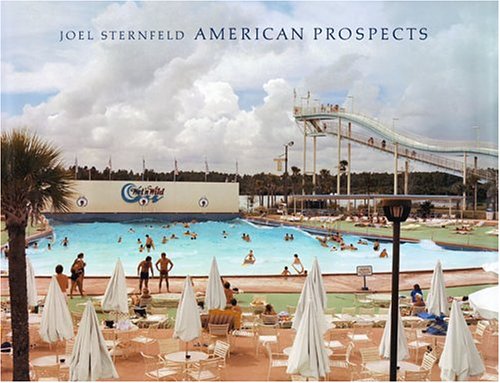 Joel Sternfeld: American Prospects
by Anne Tucker
Publisher's Description
Andy Grundberg begins his short but insightful essay by quoting the intensly perceptive observations—both visually and intellectually—of Alexis de Tocqueville, author of the classic Democracy in America. The young Frenchman had seen from a distance several white marble homes, but with a closer look, come to learn that they were made of whitewashed brick and wood. The American "penchant for putting up fronts," as Grundberg describes it, was already present in 1831. With the mind of an inquisitive sociologist, Sternfeld began crisscrossing this great democratic experiment in the late 1970s, searching out the innumerable alterations man has imposed upon the landscape. American Prospects was originally published in 1987, ultimately having an enormous influence in the photography community. This reprint is enlarged and redesigned with new scans made from the original prints.
ISBN: 1891024779
Publisher: D.A.P./Distributed Art Publishers, Inc.
Hardcover : 140 pages
Language: English
Dimensions: 0 x 0 x 0 inches