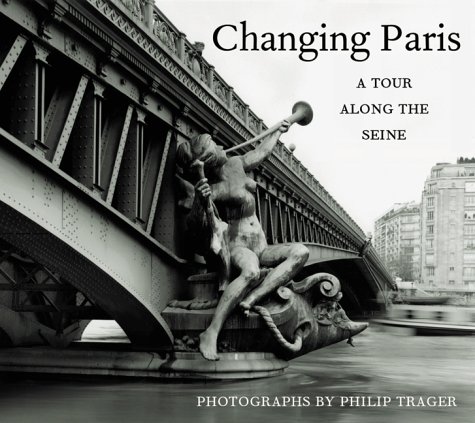 Documenting the remarkable structures and spaces of Paris, photographer Philip Trager traveled along the river Seine, eloquently juxtaposing the ancient and modern, austere and ornate, and ethereal and urbane. Among the structures and sites that Philip Trager photographs are the "Grand Projets," the new Bibliothque Nationale, Opra Bastille, Grande Arche de la Dfense, and I.M. Pei's monumental glass pyramid additions to the Louvre, as well as the Place de la Concorde, Muse d'Art Moderne de la Ville de Paris, the Eiffel Tower, Muse d'Orsay, and the beautiful gardens and magnificent bridges of the city. Changing Paris displays Trager's profound mastery of light and unique, contemporary vision, and is a vital record of the continued transformation of Paris in the 90s. Included are insightful essays by Pierre Borhan and Diane Johnson and informative commentary by Thomas Mellins on the architectural history and significance of "the City of Light."

"These views of Paris can truly be called haunting. It is the true, sad, glorious magic of Paris along the river, in which the Louvre and Notre-Dame and even the new national library all pass from matter into light" , Vincent Scully