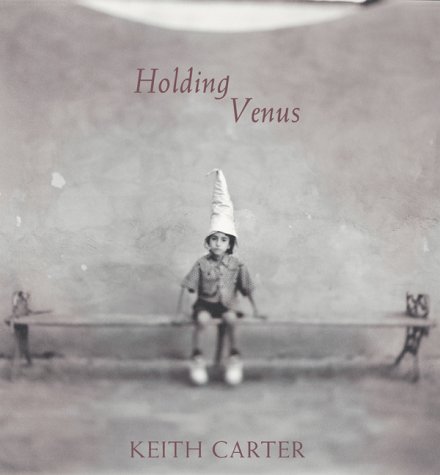 In his most recent series, Holding Venus, Keith Carter continues to explore what he has referred to as the poetry of the ordinary, that moment of transcendence when the commonplace becomes the extraordinary. Myth and metaphor form the foundation of Carters imagery, which transforms the literal into the symbolic. In this sense, the notion of holding Venus remarks upon the connection between the earthly and the celestial at the same time that it attests to the fundamental human aspiration to realize that which is seemingly unattainable.

While his early work concentrated on evoking a sense of place and spirit in his native East Texas, Carter has more recently turned his distinct perspective outward, photographing in Italy, France, England, and elsewhere. Yet, he approaches his subject matter with humor and celebration and with a probing eye for the human spirit, regardless of time and place. Often, his subjects are merely apparitions, whose forms are slightly obscured by opt! ical distortions. The imagery of Carters enigmatic worldexplores the mythological, the surreal, and the intangible that infuse everyday rituals and moments.

A poet of the ordinary. Los Angeles Times