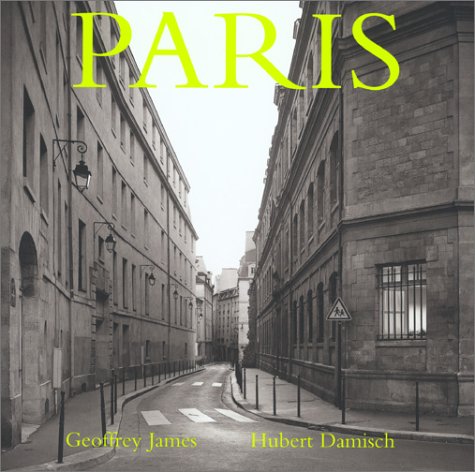 Paris: Photographs by Geoffrey James
by Geoffrey James
Publisher's Description
For the past twenty years Geoffrey James has been engaged in photographing the man-made landscape, from European gardens and the Roman campagna to the work of the great American landscape artist Frederick Law Olmsted, the creator of New York's Central Park. But whether photographing modern parks or the antique countryside, his aim has always been to record places charged with both history and myth. Now he has chosen Paris. In his essay, Hubert Damisch writes about James' ability to present the ancient capital with its intense modernity and bustling population, as if it were an archeological site. Nearly always empty of human presence, his photographs of the Porte Saint-Denis, the Boulevard Saint-Martin or the Opéra Bastille focus on the city itself. Damisch, a native Parisian, gives us a glimpse of what James has seen. We see the quartiers that haunted André Breton and the Surrealists, the Passage de l'Opéra made famous by Aragon, the narrow streets so dear to Walter Benjamin and places which for Damisch himself hold strong childhood memories of the German Occupation. In forty-four tritone reproductions, some immediately identifiable as Parisian and others not, James reveals the immense force concealed within this city. In English & French.
ISBN: 1896940218
Publisher: Cultural Services, Canadian Embassy, Paris
Paperback : 112 pages
Language: French