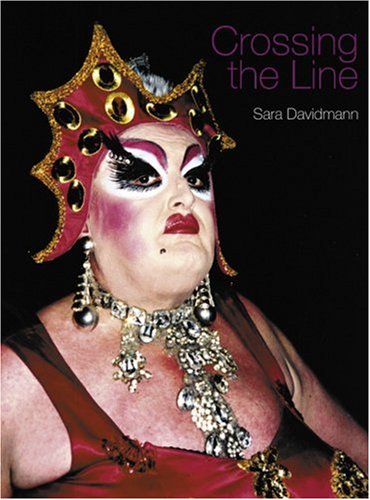 Crossing The Line
by Sara Davidmann
Publisher's Description
As social attitudes have changed an increasing number of individuals are choosing to redefine their gender. Crossing the Line documents this deep cultural shift. Its focus is on individuals cross-dressing from male to female and involves the participation of transvestites, drag queens and transsexuals. The rituals and processes of transformation have great significance. For most male to female cross-dressers the creation of a female persona is a crucial part of their being and essentially constitutes an alter ego. The ritual of bathing, shaving, changing clothes and putting on make up can take up to 2 hours or more and is an important transitory stage from one persona to another. Many consider themselves to be in essence both male and female. For them the photographs serve as a reinforcement of themselves in their female image and an affirmation of themselves in that persona. Cross-dressing involves the creation of an illusion – a total, if temporary, transformation. Nevertheless, the illusion often retains clues to the underlying gender base and the resulting image appears to exist somewhere between the polarities of male and female – containing elements of both – as if a third gender had been created.
ISBN: 1899235396
Publisher: Dewi Lewis Publishing
Hardcover : 96 pages
Language: English
Dimensions: 6.7 x 9.4 x 0.6 inches