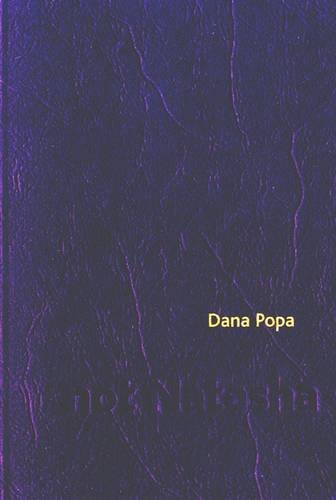 Dana Popa: Not Natasha
by Mark Sealy
Publisher's Description
Since the collapse of the Soviet Union, Moldova is one of the main trafficking source countries for women and children. It is estimated that between 200,000 and 400,000 women have been sold into prostitution abroad - up to 10% of the female population. In Moldova, Popa worked with the International Organisation for Migration Shelters and Winlock International where she was given access to photograph and document the experiences of 17 women who had been trafficked.

In 2008 Autograph ABP commissioned Popa to return to Moldova where she began to collect the stories of the disappeared and photograph the families, the homes and in some cases the children who have been left behind. Finally, Popa returned to the UK where she documented the spaces where trafficked women work as prostitutes in the brothels of Soho, London.

'Behind the fancy facades of the cosmopolitan capitals of Europe, hundreds of rooms became exile spaces for myriads of bodies objectified for male fantasy. While most of them are squalid and cold, many of the others appear familiar and warm. Mirrors, red lights, posters, the list of services on the bedside - all of these little attempts at humanising these rooms, at imbuing them with a kind of homeliness, speak for the girls' need to survive.' - Natasha Christia, photography writer and curator

This book represents the narrative of the project through collected stories and images.
ISBN: 1899282084
Publisher: Autograph
Paperback : 96 pages
Language: English