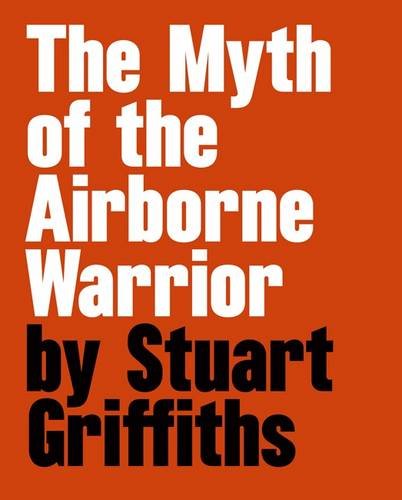 The Myth of the Airbourne Warrior: Stuart Griffiths
by Gordon MacDonald
Publisher's Description
Stationed as a paratrooper in Northern Ireland in the late 1980s, Stuart Griffiths assembled an extraordinary archive of personal snapshots.

These photographs were made before Griffiths received any formal training in photography and document his experience of soldiering towards the end of the ‘Troubles'. Raw snapshots made for his own personal album, but powerfully evoking the boredom, frustration and fear felt by the group of very young men he served alongside.

This book presents these images with Griffiths' first-person narrative describing his changing feelings towards his choice to become a soldier and the validity of the British Army’s position in the conflict.

The intriguing tracks of the editor's pen remain visible throughout Griffiths' text. The reader is shown how the editing process has highlighted the most shocking of Griffiths recollections - a purposefully reversed censor, deletes the innocuous and leaves the violent, unpleasant and disturbing untouched.

The resulting publication is an intensely personal account of a trauma experienced by so many. Viewing the images now, from an age when we might be becoming used to images taken on mobile devices by servicemen, this record is no less shocking and stands as a reassessment of the complex relationship between photographs, memory and war.