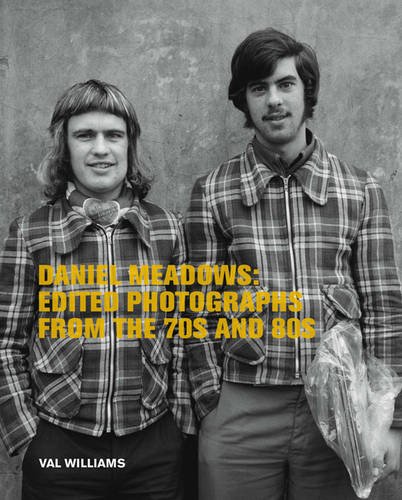 Meadows was one of an important group of photographers who spearheaded the independent photography movement in the early 1970s, breaking with tradition and infusing the medium with new energies and ways of seeing. His practice is complex, passionate and sometimes deeply autobiographical. He produced an astonishing record of urban society across Britain, working in a uniquely collaborative way with his subjects, many of whom he interviewed. These are those rare photographs that people come to love, for their innocence, their directness and their sense of longing.

Together with recently discovered unpublished work from Meadows’ own archive, this book presents his five best known projects: The Shop on Greame Street, 1972, Butlin's by the Sea, 1972, June Street, Salford, 1973, The Free Photographic Omnibus 1973-74, and Nattering in Paradise, 1984.

Illuminating a remarkable period in British photography when everything seemed new, and gloriously possible, writer and curator Val Williams has written a fascinating text that places Meadows’ work in the context of contemporary culture. From the remarkable free photographic studio on Greame Street in Moss Side to his study of suburbia, Meadows emerges as a powerful and engaging documentarist and an incisive commentator on his times.

Published to accompany the exhibition Daniel Meadows: Early Photographic Work, curated by Val Williams, showing at the National Media Museum from 30 September 2011 to 19 February 2012 and touring to Ffotogallery, Cardiff; Birmingham Central Library, and the London College of Communication.

Published in association with Photography and the Archive Research Centre, University of the Arts London, in partnership with National Media Museum, Bradford, Ffotogallery, Cardiff and Birmingham Central Library Gallery.