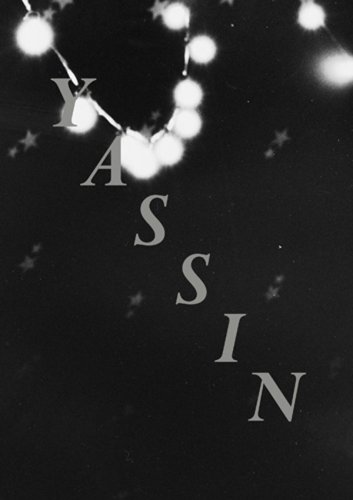 Yassin: Circus Boy
by Itai Doron
Publisher's Description
Doron’s latest photographic series presents us with Yassin, a young man whom the artist approached at random in a London street.

Yassin - an equilibrist in the circus - becomes the intense portrait Doron makes, and whose initial portrayal as an ordinary youth becomes an entry into something more profound and enchanting. Doron shoots at close range and marks out symbols from Yassin’s surrounds - stringed lights, boxing gloves and knives. Physicality is earmarked as the striking allure of Yassin’s craft, with his statuesque physique and angular profile elevated above the banality of his caravan home.

Doron’s early focus on the small-scale emblems of strength transforms into the open spaces of Yassin’s performance. We move from the intimate and unglamorous tableaux of the trailer interior with his sleeping brother, bare light bulb and netted windows, to a rambunctious Staffordshire bull terrier and on to the latter, revelatory images of Yassin, poised single-handedly on a pole. The stillness and slowness that have characterised his portraits so far are energised in a series of balletic, improbable poses surrounded by open skies and landscape. The early expectation that Doron captures in his subjects – waiting, sleeping people in claustrophobic surrounds – is relieved in Yassin’s transformative balancing act.
ISBN: 1904212484
Publisher: Other Criteria
Hardcover : 72 pages
Language: English
Dimensions: 9.6 x 13.4 x 0.5 inches