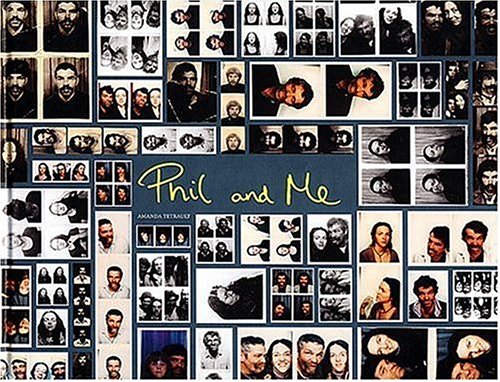 Phil and Me
by Amanda Tetrault
Publisher's Description
Phil & Me is a personal document of a daughter's use of photography to try to control her relationship with her father and the disease that has crippled him, as well as an attempt to focus public understanding upon the essential humanity of all victims of schizophrenia - all fathers, brothers, daughters, loved ones. It is an attempt to recognize the worth and contribution of those who survive the nightmares and dreams of schizophrenia. The book is Amanda's exploration into the world of her father, Philip Tetrault - a poet who has lived with schizophrenia since he attended McGill University at the age of 21. Philip was a poet suffused with promise and was hailed by Leonard Cohen as Canada's best kept secret in 1989... before he slipped into yet another schizophrenic nightmare. The book juxtaposes Philip's poetry with black and white images of him taken during the sporadic meetings with Amanda. The photographs encompass a period of six years and the poetry a period of eight years. Photo-booth pictures that span the past twenty-seven years form the thread that binds the surreal visual and poetic narrative. It has evolved into a collaboration between father and daughter after Amanda asked Philip to try to write again. Since then he gives her scraps of paper and napkins full of poetry at every meeting. Philip is now a part of the earth, the streets and the shadows of Montreal. He has spent winters living on Park Mont Royal or under his unwitting aunt's porch in Westmount or 'vestibuling' - a word he coined after his habit of taking refuge in vestibules to avoid the bitter Montreal cold. Philip's poetry immerses us into the reality of his days - moving through the cafes and parks of Montreal his habitual Mickey of vodka in hand, where many of his acquaintances are street kids, squirrels, crows and seagulls. His are the musings of a man who has survived a crippling disease - a disease rarely discussed and more often disowned. Phil & Me tells the stories of many, through the experience of one, and gives passionate voice to those who rarely speak out and are even more rarely heard.
ISBN: 190456304X
Publisher: Trolley Books
Hardcover : 192 pages
Language: English
Dimensions: 0 x 0 x 0 inches