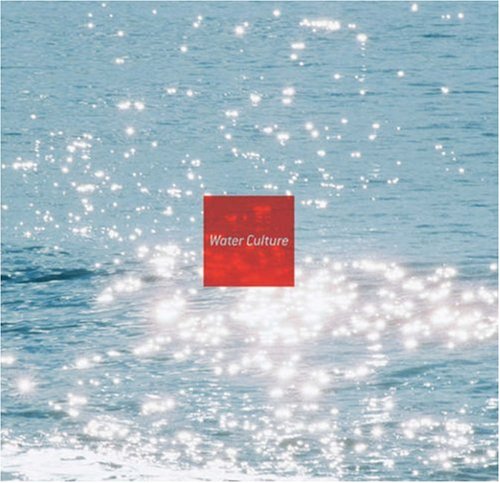 Water Culture
by Francesca Sorrenti
Publisher's Description
H2O. The Dead Sea. Rain. Acid rain. Heavy water. The Pacific, the Atlantic, the Indian Ocean, the source of the Nile. A tap, and on and on? More than 1 billion people have insufficient water to sustain life. The World Health Organization has the figures. The River Jordan, the Biblical epitome of water, is dying, like a man with his throat cut, his blood seeping down a drain. In Water Culture, Francesca Sorrenti of ske Group, in collaboration with Ocean Futures Society's Jean-Michel Cousteau, has collected a kaleidoscope of the elemental qualities of water in a series of photographs that are breathtaking to behold in their fantasy and equilibrium. They chose the works of Mario Sorrenti, Nan Goldin, Fabien Baron, Cedric Bouchet, Andrew Bettles, and Steve McCurry, among others, to represent this world. Against these extraordinary images are set the records of the follies of mankind, the greed and despair and ignorance of the source of life that will again leave a bewildered albatross or a seal coated in oil by another Amoco Cadiz that has spilt 250,000 tons of human degradation into the oceans. Water Culture is dedicated to The International Year of Freshwater 2003. Jean-Michel Cousteau will promote the book at the World Water Forum in Kyoto, Japan, in March, and at other functions throughout the year. ske group are Francesca Sorrenti and Marisha Shibuya. Their aim is to bring attention to environmental, social and ethical issues by uniting photographers, writers and designers to work on one-off projects. Francesca Sorrenti has been involved in the arts for many years in a career that has spanned fashion design, creative direction and photography, as well as being the mother of acclaimed photographers, Mario, Vanina and David Sorrenti. She has also edited the book Hermanovce: Four Seasons With The Roma by Jarret Schecter for Trolley. Marisha Shibuya, is an environmental consultant for private, public and not-for-profit businesses.
ISBN: 1904563090
Publisher: Trolley Books
Hardcover : 192 pages
Language: English
Dimensions: 0 x 0 x 0 inches