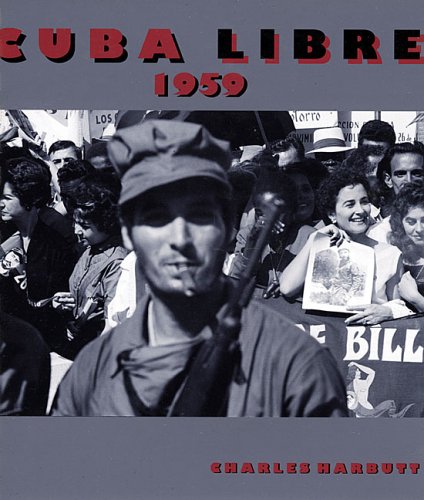 On New Year’s Day, 1959, the news broke that Cuba’s brutal dictator Batista had fled the country, looting it as he went. In the hills of the Sierra Maestra, the 32-year-old rebel leader Fidel Castro prepared his triumphal arrival in Havana. Photographer Charles Harbutt, then 23 years old, covered those first heady days in the capital. An American photography magazine had recommended his work to the Castro movement, which then invited him to photograph the revolution in Cuba. By January 2 he was in Havana, embarking on the journey of his life.

Cuba Libre: 1959 catalogues the photographs of Harbutt's first extraordinary week in the city. His sharp eye and warm sympathy for the people in front of his camera combine to create images that are enthralling and revelatory. His photos evoke the moment, the place and the euphoria that swept the people of Cuba in that brief and turbulent time. Six months later Harbutt was back in Havana to cover an American company’s sales convention. In this book, Harbutt juxtaposes images of these two wildly different places in time. These images offer a profound and dynamic insight into the ever-expanding political and cultural gulf between the United States and Cuba.
ISBN: 1904563201
Publisher: Trolley
Hardcover : 112 pages
Language: English
Dimensions: 0 x 0 x 0 inches