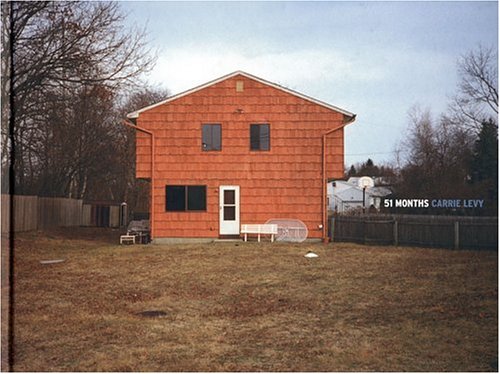 Carrie Levy: 51 Months
by Carrie Levy
Publisher's Description
On her 16th birthday Carrie Levy was waiting at home in trepidation and hope for her father's return. He didn't make it. The courthouse had taken him, where he had been sentenced to four years in prison. He was sent to Allenwood, in Pennsylvania, five hours away. It took a year for Carrie Levy to grasp the consequences, the significance, of that day. At school her story was a jewel of gossip - the sidelong glances, the whispers, the outright glares. But she worked hard, and left a half a year early to escape her own prison. She picked up her camera. With the glimmering dark glass between her and her life, she began to photograph the empty spaces in her home, on the road, outside the prison (her mother would make the 10-hour round trip almost every weekend), in her pointless garden. But it was not pointless. These pictures are redolent of loss, of vacant landscapes and interiors that appear to be meaningless but as a whole sing a narrative song of those four years, like Carson McCullers's sentences which, when dissected, add up to no more than nouns, verbs and adjectives, or the brushstrokes of Impressionist painting. It is a singular story, and one that stopped when her father came home in March, 2000. She spoke to her father for 15 minutes about his crime. It has not been mentioned since. Four months later, in June, Carrie Levy closed the lid of the suitcase under her bed that contained the 500 images she had taken. Author/Photographer Details: Carrie Levy is from Syosset, in the suburbs of New York. She graduated from the School of Visual Arts in New York, and became a picture editor for Newsweek. She has recently moved to London to take a master's degree in photography at the Royal College of Art. She is 24.
ISBN: 190456321X
Publisher: Trolley
Hardcover : 160 pages
Language: English
Dimensions: 0 x 0 x 0 inches