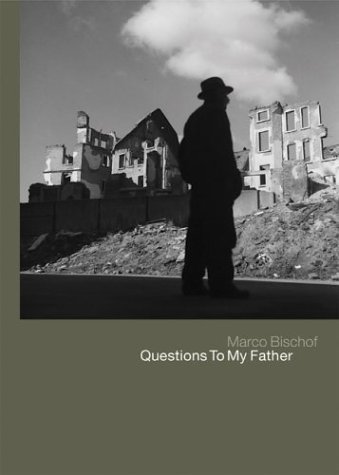 Werner Bischof: Questions to My Father
by Werner Bischof
Publisher's Description
In 1916, with the Great War reducing northern Europe to a treeless, shattered void, a boy was born to the prosperous director of a pharmaceutical firm in Zurich. He was named Werner. It was not an auspicious time to be born and, indeed, his mother died soon after. As a child, young Werner sought order in his life by dissecting snails and photographing, in the limpid light of his creation, the elegant whorls revealed. He did not become the physical training instructor his father wanted him to be. He did not become the painter he had once wanted to be in Paris in 1939, on the brink of another devastating conflict. He became Werner Bischof, the man, and a photographer of incalculable artistry who found in both order and the chaos he confronted and experienced a sublime beauty, a humanity that was singularly his own. His photographs of a post-war Europe in poverty and despair expressed infinite hope for the human condtion, yet he was only 29. Less than 10 years later he was dead, leaving behind among his last photographs that of a Peruvian child playing his flute on the edge of a ravine. It is now an iconic photograph with a fatal allure. Bischof himself died when his jeep plunged over a ravine in the Andes on a quest for the faces, the lives, of harmony there. Fifty years later his son Marco has gathered together 70 previously unpublished photographs by Werner Bischof. They powerfully reiterate the man his father was, the nature of his humanity and his search for a benign and beautiful cognisance of the brief and terrifying world he lived in.
ISBN: 1904563252
Publisher: Trolley Books
Hardcover : 160 pages
Language: English
Dimensions: 0 x 0 x 0 inches