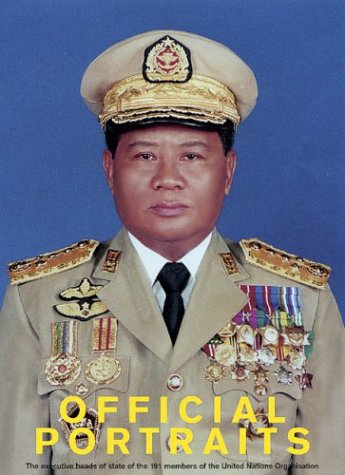 Official Portraits
by Berlin Press
Publisher's Description
Authority, leadership, stability, benevolence, even grace: there are certain qualities that an official portrait should identify in a leader. Yet when the 191 member states of the United Nations were asked to submit the official portrait of their Head of State, the resulting gallery revealed much more. Despite the relatively straightforward exigencies of official portraiture and the legacy of a long tradition of the genre in paintings, sculpture, and public monuments, the diversity of these images surprises. They range in scope from semi-private snapshots to staged tableaux in generic offices, from full-length portraits in front of stately buildings to close-ups before national emblems. Some portraits invoke the bureaucratic machinery and the strategizing that went into their production, while others seem more indebted to personal whimsy; even the banality of the everyday snapshot occasionally creeps into these staged displays of official power. In Official Portraits, editorial influence is kept to a minimum. The selection of a single image to be reproduced in this volume was left to the states themselves. Organized alphabetically according to leader’s name, this is not a handbook to put faces to nations; rather, the arbitrariness of their arrangement emphasizes the contrivance of these images of power. Official Portraits allows these images to speak for themselves.
ISBN: 1904563333
Publisher: Trolley Books
Hardcover : 208 pages
Language: English
Dimensions: 0 x 0 x 0 inches