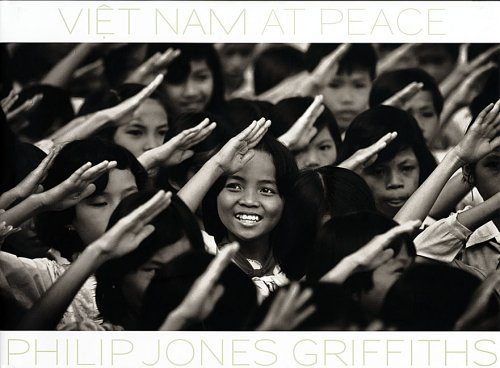 Philip Jones Griffiths: Vietnam At Peace
by Philip Jones Griffiths
Publisher's Description
Viet Nam At Peace is the monumental chronicle of a country struggling to emerge from the apocalyptic destruction of war, a destruction so seismic that it was thought vainly by many to be the end of all contemporary imperial aggression. It is Tolstoyan in its reach and emotional responses. Philip Jones Griffiths, the author of Vietnam Inc. and Agent Orange: 'Collateral Damage' in Viet Nam, has visited Viet Nam 25 times since the end of the war. The first Westerner to travel by road from Hanoi to Ho Chi Minh City after the war, and later the Ho Chi Minh trail, he has amassed an unparalleled photographic record of the post-war transformation of the country. From the first days of terrible hardships, as the joys of victory were quickly tempered by the reality of the extent of the destruction wreaked by the war, and the crippling effects of the US embargo, he has recorded an uncomfortably comprehensive view of the aftermath of war. This is not simply a record of shattered landscapes; it is also a record of the shattered hearts and minds, culture and hopes. He has witnessed the limbless heroes, the Amerasian children, the boat people, and the re-emergence of the social problems of prostitution and drug addiction as the country embraces consumerism. Equally, here are recognised the horrified attempts by the Vietnamese themselves to curb the hydra of its worst excesses. Author/Photographer Details: Philip Jones Griffiths was born in Rhuddian, North Wales, in 1936. While studying pharmacy in Liverpool he became a part-time photographer for The Manchester Guardian, and later joined The Observer. His epic book, Vietnam Inc., published in 1971 and recently re-published by Phaidon Press, is recognised as pivotal in changing US attitudes to the Vietnam war. Agent Orange, published by Trolley in 2003, was in some ways a postscript to that great work. Directly related titles or series: Viet Nam Inc., Philip Jones Griffiths (Pawprint 1971, Phaidon Press 2001) Agent Orange, collateral damage in Viet Nam., Philip Jones Griffiths (Trolley, 2003)
ISBN: 1904563384
Publisher: Alpen Editions
Hardcover : 312 pages
Language: English
Dimensions: 13 x 9.7 x 1.2 inches