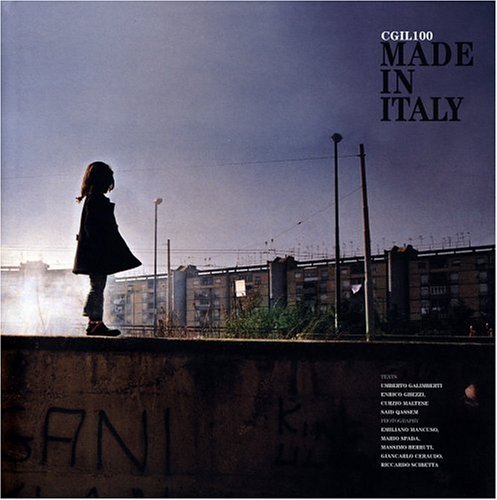 Made In Italy: CGIL 100
by Massimo Berruti
Publisher's Description
Italy’s largest and greatest trade union, the CGIL, was formed in 1906, epitomizing what the fledgling nation’s culture and credos were to represent in the twentieth century. At the time, the CGIL was able to encapsulate a traditional working class, the inevitable bourgeoisie, capitalists, and, later, fervent communists. Now, almost 100 years later, Italy has changed fundamentally. The demographic differences so starkly apparent at the time of the CGIL’s formation have simply faded away, like a vibrant watercolor exposed to the sun. They have been replaced by a colorless chain-store homogeneity, a vagueness of purpose, a flatulent middle class without values or value. Made in Italy CGIL 100 investigates these shifts via pictures from four young photographers, Emiliano Mancuso, Mario Spada, Massimo Berruti, and Giancarlo Ceraudo. It asks the inevitable questions: How can this have happened? Is anybody paying attention?
ISBN: 190456349X
Publisher: Trolley Books
Hardcover : 240 pages
Language: English
Dimensions: 0 x 0 x 0 inches