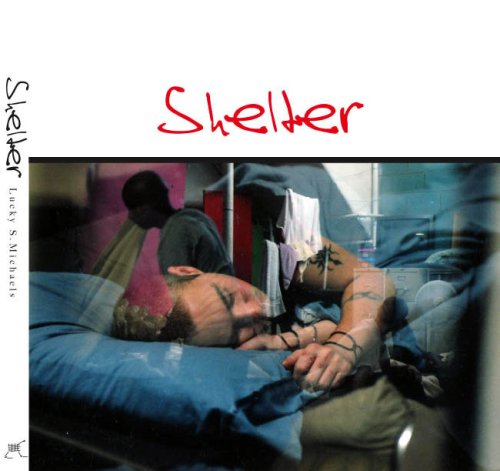 Shelter
by Lucky S. Michaels
Publisher's Description
Of the roughly 15,000 to 20,000 homeless youths in New York, up to 40 percent of them are LGBT (Lesbian Gay Bisexual Transgender). `Sylvia's Place' originated as the vision of Sylvia Rivera, a transgendered woman, who was an advocate for LGBT rights during her life and worked tirelessly, even while stricken with cancer, for the food pantry at the Metropolitan Community Church of New York. On her deathbed, she made the Reverend Pat Bumgardner promise to find a way to start a shelter in the space. One year after her death Rev Pat saw to it that this vision was seen through to fruition.

Their first client, Ron Malice, arrived on April 3rd of 2003, and within a week from Ron's arrival, Lucky Michaels was hired. As a participant observer, Lucky began photographing the environment and the teenagers who walked through their doors.

Each story became a part of Sylvia's growing history. 'I'm here and I'm alive, so I guess I'm lucky,' says Domico Sanchez, one of the shelter's clients, 'It's hard for anyone being homeless. But imagine being homeless, a teenager and gay. People would jump you on the streets.' Each young person has had something to say, even if only in silence. With music flooding the air inside, voices vying for attention, pots clanging in the sink, silence has a story of its own.

The one thing they all have in common is that they all have nowhere else to sleep, but even sleep is never a guarantee at Sylvia's. Many of them lie plagued with insomnia, others lie awake with the hope of a new day. Although they might not find restful sleep each night, they always find a bed and a shower. Some also find families, enemies, boyfriends, girlfriends. Most find their own kind of sanctuary.
ISBN: 1904563635
Publisher: Trolley Books
Hardcover : 240 pages
Language: English
Dimensions: 8.6 x 8.7 x 0.8 inches