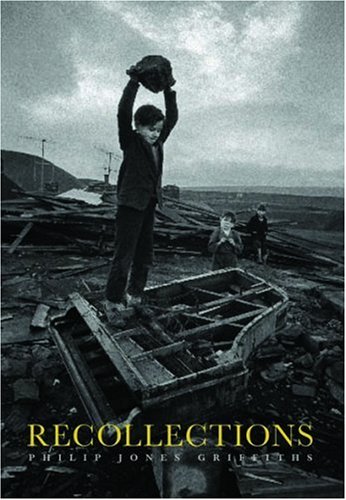 Recollections
by Philip J. Griffiths
Publisher's Description
Philip Jones Griffiths is renowned as the foremost photographer of the war in Viet Nam. President of Magnum for a record five years, his 1971 publication Viet Nam Inc was a crucial influence in changing public opinion in the US at the time of he conflict. This new book however presents a period much closer to home, with a departure towards many previously unseen images taken of Britain in the 1950s, 60s and 70s. Griffiths' images depict social and political affairs and landmark events over three decades of change and upheaval in Great Britain.From the Beatles in Liverpool and coalminers in Wales, to CND marches on the streets of London and funeral processions in Northern Ireland, the images are acute, human, and often wry, moments describing an important transition in British society. 'Middle Years' presents a domestic revolution, from a photographer whose international fame covering a country on the other side of the world is now put in the context of his equally incisive work at home. An exhibition of over 50 images from the book was exhibited in 2007 at Trolley Gallery, London and afterwards at Savignano Festival, Italy.
ISBN: 1904563708
Publisher: Trolley Books
Hardcover : 240 pages
Language: English
Dimensions: 0 x 0 x 0 inches