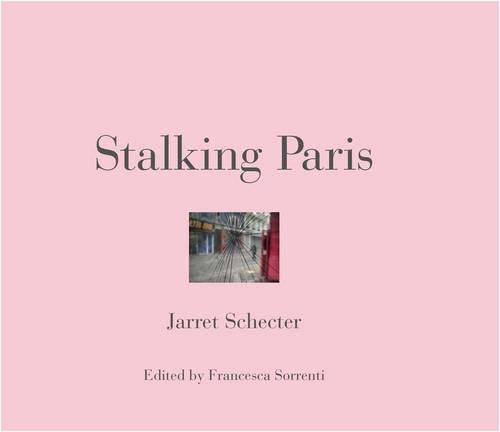 Stalking Paris
by Jarret Schecter
Publisher's Description
'If Paris were a person, her face would be that of an older women with conflicting lines etched upon it of hope and despair.' Until recent years, Paris was the vanguard city of the world. today the hybrid of Paris/Modernity is fading, with competition form cities of the east like Dubai and Shanghai, architectural grandeur and innovation is outplayed in scale and ambition. In these photographs, Jarret Schecter attempts to understand the future by glancing at the past. He stalks time, depicting the fractured pieces that Paris has left behind. Progress, melancholy and the past are most visibly profound in Paris, yet also profound elegance and understanding of the history if its streets. Scheter examines the city's changing, diverse population and its architecture, both young and old, the book functioning as a dialogue between past and present. He photographs people and places that have undergone massive change, or places that are still the same after decades; as such feeling he was really 'stalking' Paris, discovering the grandeur, however faded, and mystery of the city that outlives its younger counterparts.
ISBN: 1904563929
Publisher: Trolley
Hardcover : 84 pages
Language: English
Dimensions: 12.9 x 9.1 x 0.6 inches