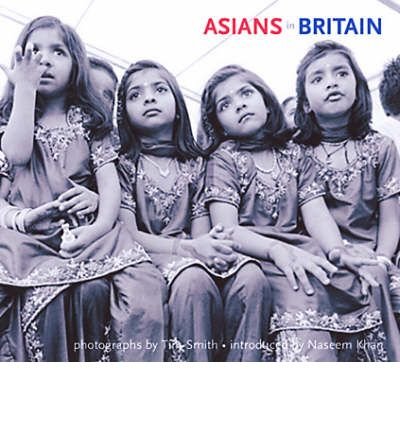 Asians in Britain
by Tim Smith
Publisher's Description
The story of Asians in Britain is extraordinary. From insignificant beginnings the community has expanded and diversified beyond recognition. It has put down its roots widely while simultaneously maintaining a strong sense of origin.

During the early decades of the 1900s small numbers of men from India, Pakistan and Bangladesh settled in Britain. Larger numbers arrived during and just after the Second World War, when Britain used the links it had established during the days of Empire to satisfy a huge and growing demand for labour. These economic migrants came to work and to improve the standard of living for themselves and their families back home. Although these all-male pioneers initially intended their stay to be temporary, most eventually sent for their wives and children. The transient workers became settlers.

Tim Smith’s thoughtful photographs explore this vital British presence. Delighting in individual distinctiveness, the photographs are also keenly alive to the binding power of community. Naseem Khan’s accompanying text uses key moments in her own history – from a child in a tiny Indian enclave in Birmingham to the present day – to illuminate the changes. Together they provide a picture of a shifting world where values collide and new identities are formed.

In 1986 Tim Smith set up the photographic department of Bradford Heritage Recording Unit. Throughout the 1990s he worked as a press photographer, commissioned regularly by papers such as The Guardian, The Observer, The Independent, The Daily Telegraph, The Times and The Times Educational Supplement. He has also worked for a wide range of arts, editorial and commercial clients and his exhibitions have toured nationally and internationally. This is his eighth book.

Naseem Khan is a respected writer, researcher and cultural commentator. She wrote the pioneering report, The Arts Britain Ignores, which looked at arts activity in post-immigrant communities, whilst her weekly column in the New Statesman, ‘Work in Progress’, tackled broad cultural issues. She was Theatre Editor of Time Out before becoming Head of Diversity, Arts Council England where she worked for seven years, developing national policy on cultural diversity. She has recently returned to freelancing.
ISBN: 1904587097
Publisher: Dewi Lewis Publishing
Hardcover : 132 pages
Language: English