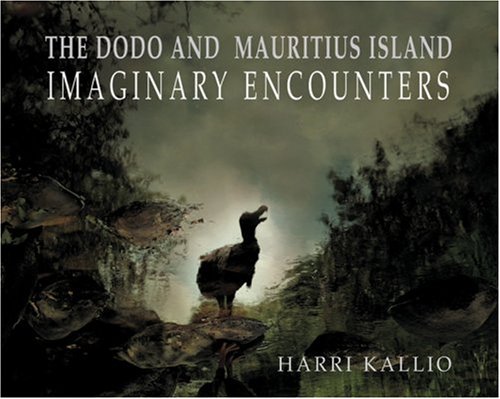 The Dodo and Mauritius Island: Imaginary Encounters
by Harri Kallio
Publisher's Description
The Dodo is perhaps our most famous extinct species. Now in this unusual book it is brought back to life.

In a fascinating reconstruction of the past, award winning Finnish photographer Harri Kallio uses his considerable photographic skill and imagination to create the illusion that these fascinating creatures are alive and abundant, living as they once did in their own unspoilt haven, the island of Mauritius. The island now attracts increasing numbers of tourists with its mix of beauty and diverse culture and Kallio’s Dodos are featured in its landscape, near rivers, on mountains, in lush valleys and dense woodlands, undisturbed and blissfully unaware of the earlier human invasion which ultimately led to their extinction in the 17th century.

The photographs are accompanied by a thorough history of the Dodo, including eyewitness accounts, pictorial sources and physical evidence from museums and libraries all over the world. There are only four museums that house true Dodo remains: Oxford University Natural History Museum, Natural History Museum London, Copenhagen University and the Zoological museum, Prague. Kallio used these resources, and many more, to meticulously research his subject, before carefully constructing his own, very accurate Dodo models.