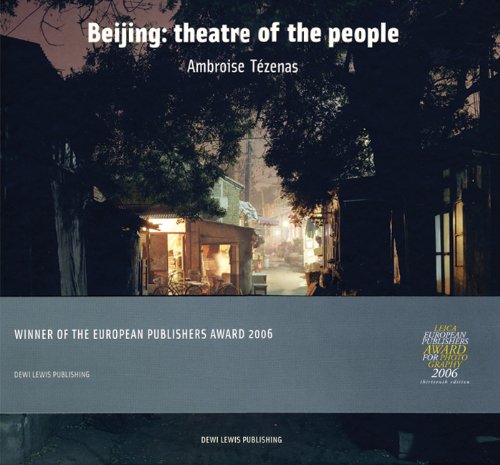 Beijing: Theatre of the People
by Ambroise Tezenas
Publisher's Description
We, in the West, are fascinated by the development of China. For the last half of the twentieth century its borders were effectively closed and, with rare exceptions, the only images that came out of the country were either propaganda or coverage of a tragic news event.

Between 2001 and 2005, French photographer, Ambroise Tézenas made several visits to Beijing. As he wandered through the city he began to recognise that its landscape offered an unexpected vision – its spaces almost stage sets in which contemporary Beijing plays out a complex struggle – a city caught between two worlds, an ancient past and a frenzied present. Included are images of the construction of major projects – the Opera House, Grand National Theatre and Olympic Stadium – all part of a massive rebuilding programme.
ISBN: 1904587364
Publisher: Dewi Lewis Publishing
Hardcover : 120 pages
Language: English
Dimensions: 0 x 0 x 0 inches