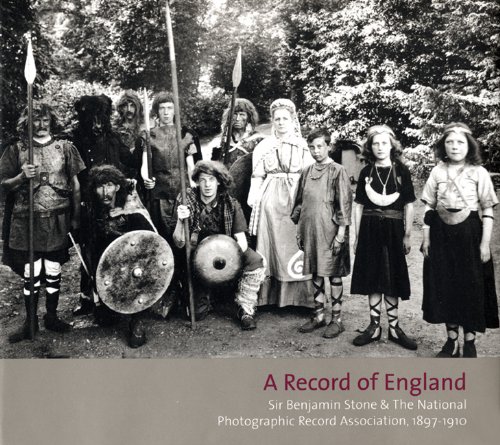 A Record of England: Sir Benjamin Stone & The National Photographic Record Association, 1897-1910
by Sir Benjamin Stone
Publisher's Description
In July 1897, in a flourish of publicity, Sir Benjamin Stone – Birmingham industrialist, Member of Parliament and passionate, almost obsessive collector – announced the formation of the National Photographic Record Association. Its prime objective was to make a record of England for future generations, to foster ‘a national pride in the historical associations of the country, or neighbourhood, in family traditions, or in personal associations.’ Over the next 13 years Stone and his amateur supporters from local camera clubs and antiquarian societies deposited their photographs at the British Museum. In 2000 these were moved to the V&A.

The book examines Stone’s central role in the project and presents over 120 of his photographs, many of which have never been published before. It also charts the history of the NPRA and points to its legacies within photography, with its influences on photographers such as Daniel Meadows and Homer Sykes. What is especially striking is the resonance of these pictures in our own age.