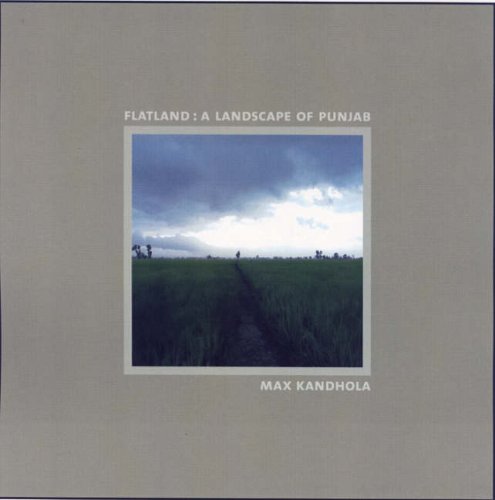 Flatland: A Landscape of Punjab
by Max Kandhola
Publisher's Description
India’s Punjab is the land of the five rivers, five (Punj) rivers (Aab) – Ravi, Satluj, Chenab, Beas and Jhelum. It is also the birthplace of Max Kandhola’s family, who historically were landowners, with connections to farming, agriculture and also to the military.

Max Kandhola decided to go back to Punjab after completing his project Illustration of Life (2002) in which he documented his father’s last moments of life, and reflected on issues within Sikh ritual, immortality and death.

Over the last four years, he has visited the region as part of a continuing project to map family history through an odyssey of ancestral narratives, exploring memory, diaspora and identity. For him it is a land which is unfamiliar, yet it provides both a context and a beginning. Kandhola’s journey began in Nurmahal, in the district of Jalandhar, from which most of his family originally came. Using this as a starting point he travelled from the centre of Punjab outwards.
ISBN: 1904587399
Publisher: Dewi Lewis Publishing
Hardcover : 96 pages
Language: English
Dimensions: 11.9 x 11.9 x 0.7 inches