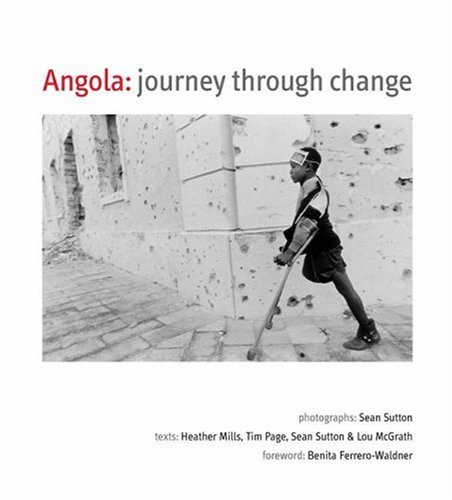 Angola: A Journey Through Change
by Sean Sutton
Publisher's Description
Angola has the dubious distinction of being the most heavily landmine-contaminated country in the world. After nearly 40 years of bloody conflict, a peace agreement was finally reached in 2002, and hundreds of thousands of refugees began the journey back to their homelands. This is a story of re-establishing communities and of rebuilding lives shattered not only by the decades of conflict but also by the remnants of that conflict – the landmines and unexploded munitions that litter the country.

The book is introduced by Heather Mills who is a patron of MAG and has campaigned vigorously on the issue of landmines. There are also texts by the renowned photojournalist Tim Page whose photographs during the Vietnam War were published worldwide; Lou McGrath, Director of MAG; Sean Sutton; and Benita Ferrero-Waldner.