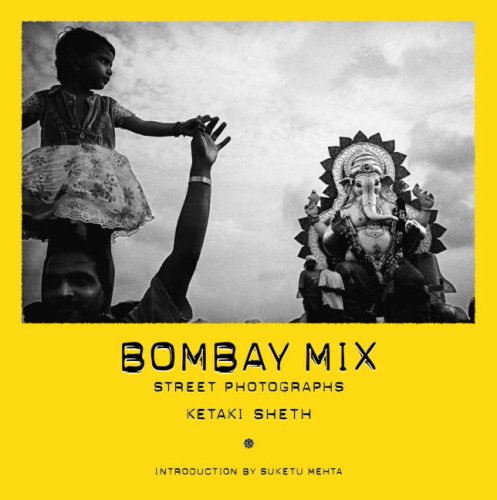 ‘Sheth’s Bombay is subtle, considered and thoughtful, even when it is outwardly brutal.’ Suketu Mehta, author of ‘Maximum City: Bombay Lost and Found’

‘Stunning photographs…. Her work is terrific, fuelling me with energy and inspiration.’ Mira Nair

Bombay Mix brings together the street photographs of leading Indian photographer Ketaki Sheth, images taken over a period of almost 20 years. Bombay is a city that never sleeps. Its population (17.7 million) and its geography put a premium on space. A lot of ‘living’ happens on the street, where a disparate and unlikely blend of humanity defines its boundaries in a tightly confined space. The thrill of Bombay is the thrill of contrast. The streetscape of the city is as much psychedelic as it is kaleidoscopic: there is so much to see. What is most difficult to discern is geometry, the internal order amidst the clutter.
ISBN: 190458747X
Publisher: Dewi Lewis / Sepia International
Hardcover : 108 pages
Language: English
Dimensions: 9.6 x 9.6 x 0 inches