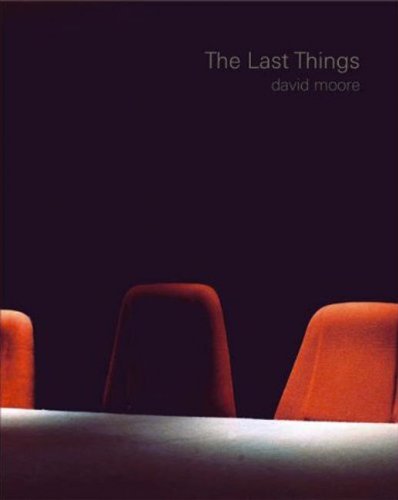 The Last Things
by David Moore
Publisher's Description
David Moore was allowed unprecedented access to a Crisis Management facility below ground in central London, between September 2006 and April 2007. This space will be used as the first port of call in any situation where the State is under threat. The environment is sustainable for extended periods and is part of a larger network. Over an 8 month period Moore was able to observe a live working space, continuously on standby, and fully prepared for the most extreme national emergency.

The facility’s hermetic, tightly regulated environment, artificially lit and air conditioned, is prescient with the threat of crisis. At once sophisticated and touchingly ordinary, part military and part civilian, Moore has documented its labyrinthine depths with chilling clarity.

Small areas of certain images have been digitally altered at the request of the MoD to protect what they consider to be sensitive information. All of this begins to hint at the relationship with the MoD and imposes a conceptual requirement on what has become a censored document.