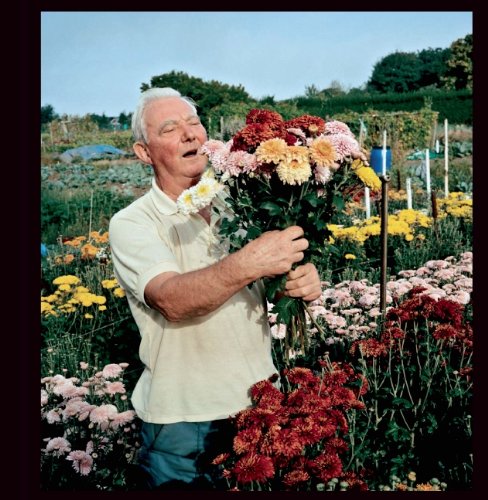 Allotments
by Andrew Buurman
Publisher's Description
There’s something about the word ‘allotments’ that conjures up an image of traditional values, of balmy summer days spent working the land, escaping in honest toil. A rural idyll far removed from our everyday experience. And even though allotments can be found throughout the world, in our minds they still seem to encapsulate a certain Britishness.

Andrew Buurman’s photographs capture the essence of the allotment and convey the enthusiasm and diversity of today’s plot holders. These photographs were all taken on Uplands Allotments, in Handsworth, in the heart of Birmingham. The largest allotment site in the UK – with 422 plots – it opened in 1949, with its own office and meeting hall. Even today it retains much of the communal spirit of the post war era with weekly tea dances, bingo nights and an annual flower and vegetable show.

The history of allotments tracks the major social and political changes in British life: the move away from open field agriculture, the urbanisation of the Industrial Revolution, the need for home grown produce during both World Wars. By 1943 there were some 1.4 million allotments in the UK growing 10% of the nation’s food. Inevitably both increasing affluence and the redevelopment of many sites led to a dramatic decrease in numbers, though in recent years there has been a resurgence of interest. There are now some 300,000 allotments in the UK often shared between families and friends.