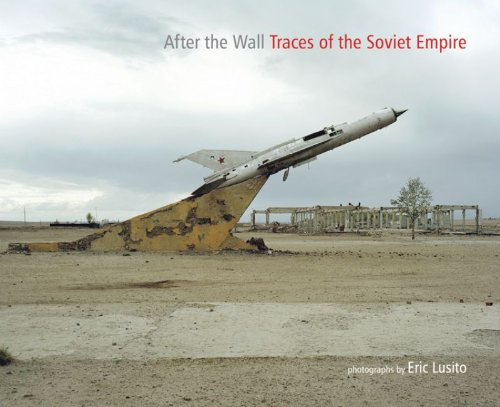 After the Wall: Traces of the Soviet Empire
by Eric Lusito
Publisher's Description
With the fall of the Berlin Wall, the Soviet Empire also began to crumble. At its heart had been a military system that exerted huge control and influence. Eric Lusito was fascinated by the remains the military left behind. He found extraordinary sites: military bases that were simply abandoned—from East Germany to Mongolia and from Poland to Kazakhstan. He also discovered a rich collection of objects and ephemera, including gas masks, propaganda posters, books, magazines, instruction manuals, and personal photographs.