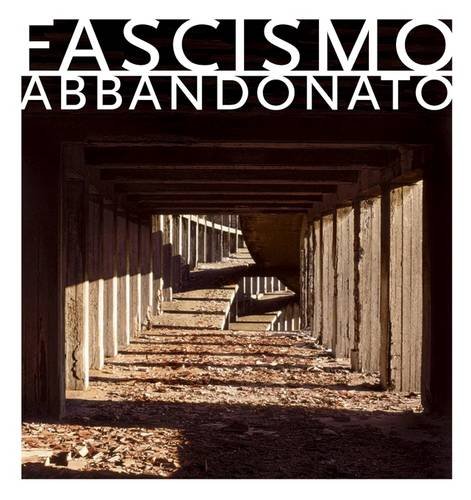 Fascismo Abbandonato
by Dan Dubowitz
Publisher's Description
During the period of Mussolini’s Fascist regime (1923–43) ‘colonia’ – holiday centres for children – were established on the northern Italian coasts. Run by paramilitary youth organisations, they brought together modernist architecture, fresh air and discipline with the intention of converting the body and soul of Italian youth to fascist principles.

The colonia were far removed from both the towns of Italy’s past and from the traditional structures of family and community. They offered a dramatic daily programme of activity with marching, synchronised exercise and gymnastics, flag-raising, saluting and swearing allegiance to the regime. It was a programme that in turn inspired architectural features in the buildings – including towers, ramps and elevated platforms – all designed to dramatise the parades and presentations by the young people. Even in the context of massive public works programmes, the building of the colonia offered unprecedented opportunities for progressive architects. They became a distinctive type of fascist building that evolved under the directives of the youth organisations. Despite the spectacle of the buildings, official policy declared luxuries as anti-educational and anti-social. Accordingly only the most basic of accommodation was provided. Dormitories were intimidating, open plan and stark; each might accommodate several hundred children. Italian parents routinely admonished recalcitrant children with the threat ‘ti mando in colonia!’ (Behave, or I'll send you to the colonia!). For a generation of Italians the experience of fascism was a formative one, from which some never recovered.
ISBN: 1904587801
Publisher: Dewi Lewis Publishing
Hardcover : 108 pages
Language: English
Dimensions: 11.8 x 12.7 x 0.7 inches