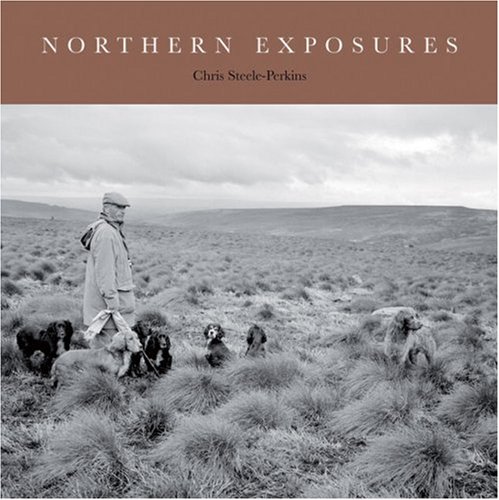 Northern Exposures
by Chris Steele-Perkins
Publisher's Description
Returning to the North East in 2001 to document the Durham Coalfield, at one time the heartland of the British coal industry, Chris Steele-Perkins found himself in that exurban culture that we now associate with “Billy Elliot”. This world of “lamping” (for rabbits), ferreting, whippet racing, grouse shooting, pigeon fancying and the rearing of birds of prey is a survival of what D. H. Lawrence once described as “a curious cross between industrialism and the old agricultural England of Shakespeare and Milton”.

Chris Steele-Perkins has memorably recorded this with visual wit, and a constant eye for the extraordinary. Nor is he at all sentimental: the harsh realities of blood-stained slaughter-houses and the vandalism of fly-tipping in the open countryside aren’t excluded. His photographs, he says, “serve as both eulogy and elegy”.
ISBN: 1904794203
Publisher: Northumbria University Press
Paperback : 128 pages
Language: English
Dimensions: 0 x 0 x 0 inches