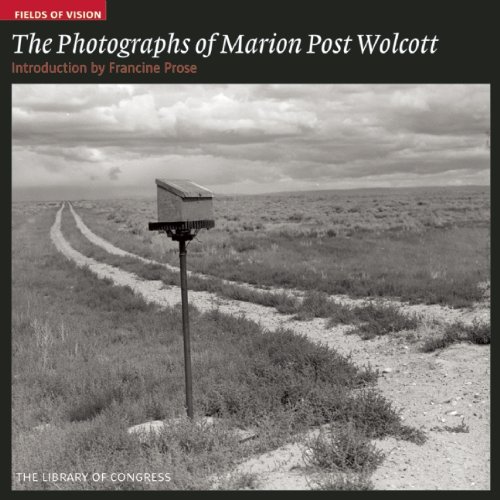 Fields of Vision: The Photographs of Marion Post Wolcott: The Library of Congress
by Francine Prose
Publisher's Description
The approximately 172,000 film negatives and transparencies in the Library of Congress's collection from the Farm Security Administration (FSA), later the Office of War Information (OWI), provide a unique view of American life during the Great Depression and World War II.

Each volume in the Fields of Vision series features and introduction to the work of a single FSA photographer by a leading contemporary author or writer, and presents fifty striking images that show how the particular vision of these photographers helped shape the collective identity of America. Their evocative pictures transport the viewer to American homes, farms, and streets of the 1930s and 1940s, while offering a glimpse of a new narrative and intimate style that was later to blossom on the pages of LOOK and LIFE magazines. For many Americans of the pre-television age, the diversity and complexity of their country was defined by the lenses of these men and women.
ISBN: 1904832415
Publisher: GILES
Paperback : 64 pages
Language: English
Dimensions: 6.9 x 7 x 0.4 inches