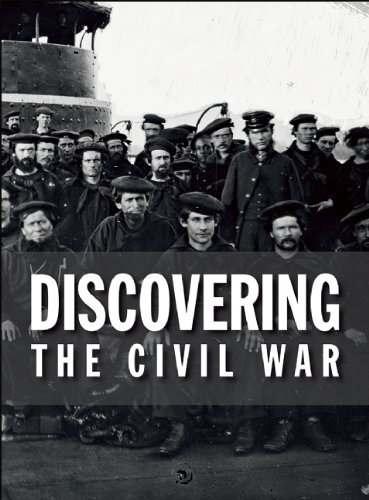 Discovering the Civil War
by Bruce I. Bustard
Publisher's Description
A stunning visual memento of the American Civil War, featuring unusual and surprising records from the extensive collection in the National Archives, Washington, D.C., this new volume peels back 150 years of history to reveal a Civil War that is little-known. Featuring over 250 letters, diaries, photos, maps, petitions, receipts, patents, amendments and proclamations from the incomparable holdings of the National Archives, it takes a fresh look at the conflict through little-known stories, seldom-seen documents, and unusual perspectives.

Grouped into themes such as 'Spies and Conspiracies,' 'Prisoners and Casualties,' 'Global War,' and 'Raising Armies,' this book looks at the extraordinary experiences of ordinary people; the names of men listed in the 'substitute book' who were paid to replace draftees, or firsthand accounts of the Battle of Gettysburg at the Gettysburg veterans' 75th anniversary reunion in 1938. Famous documents, such this 13th Amendment to the Constitution, are juxtaposed with innovative wartime patents, and a message in Chinese script asking for Confederate ships to be barred from Chinese ports - proving that the Civil War became a truly international struggle.