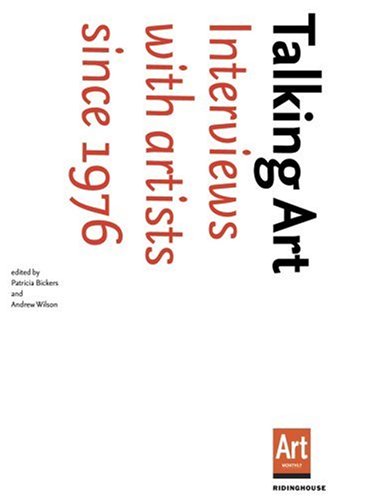 'Talking Art' is an indispensable collection of the best of Art Monthly's interviews since the magazine's inception in the early seventies. It provides a supplementary history of 20th-century art from over 150 perspectives through discussions between artists and critics (the interviews stretch from Naum Gabo to Steve McQueen, Agnes Martin to Tacita Dean, Clement Greenberg to John Berger). Many leading practitioners have been interviewed, often at highly significant moments in their careers. The interviews provide the mostimmediate access to an artist's thought processes and offer compelling narratives of the changing creative process. The artist interview has occupied an important position in Art Monthly since its first issue, and the book is published as part of the magazine's 30th anniversary celebrations.
ISBN: 1905464045
Publisher: Ram Distribution
Paperback : 608 pages
Language: English