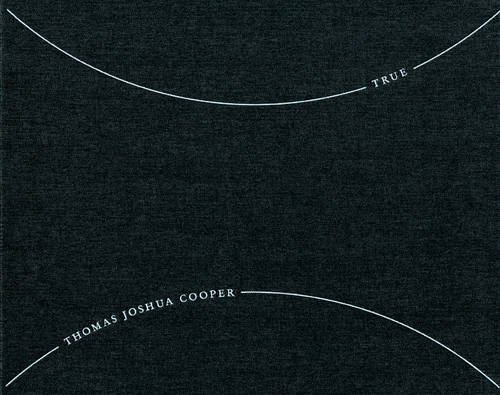 Thomas Joshua Cooper: True
by Ben Tufnell
Publisher's Description
Charting a two year journey to the polar regions of the Atlantic basin, 'True' presents new works from the series 'The World's Edge' - an ongoing work that seeks to map the extremities of the land and islands that surround the Atlantic Ocean.

'The World's Edge' was initiated in 1990. Each work begins as a location found on a map, researched and tracked down, and after often difficult journeys by air, sea and land, only one photograph is made per location on Cooper's arrival.
ISBN: 1905620314
Publisher: Haunch of Venison
Hardcover : 178 pages
Language: Spanish