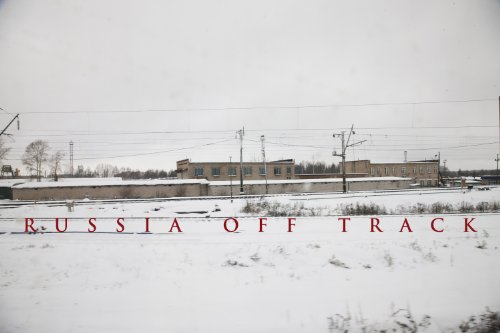 Russia Off Track: Trans-Siberian Railway
by Jarret Schecter
Publisher's Description
In the closing months of 2009, Jarret Schecter took on his second epic train adventure, this time exchanging the vast landscapes of the USA, for the similarly vast interior of Russia. Schecter boarded the famous Trans-Siberian Railroad, the longest railway in the world, and began to photograph the view from his train window. Travelling three times between the two endpoints from Moscow in the west to Vladivostok in the east, he discovered a real perspective of the country’s immense heartland, which besides being dominated by forests and fields, was a huge area littered with impoverished villages, dilapidated industrial plants, and a smattering of non-descript cities. There were also breathtaking vistas, soaring landscapes, and snatched glimpses of people going about their daily life, unaware of their actions being observed and captured as part of his visual investigation of the country. Russia, the heart and soul of the former Soviet Union, no longer has that extraordinary status it once had, yes it often seemed to share with the USA a sense of a desolate and invisible interior. These images from the Trans-Siberian Railroad, itself a path from the West to the East, hint at a subtle yet tense negotiation between Moscow and an almost 5,778 mile heartland.
ISBN: 1907112219
Publisher: Trolley Books
Hardcover : 240 pages
Language: English
Dimensions: 11.6 x 8.4 x 0 inches