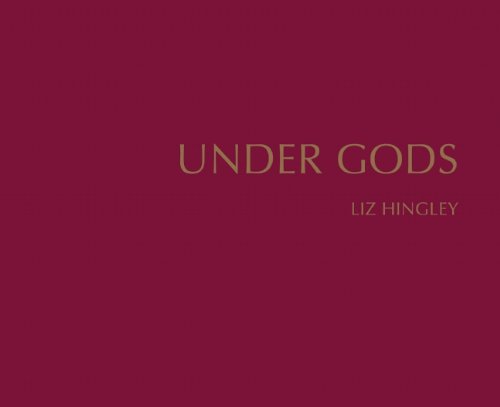 Under Gods: stories from the Soho Road
by Liz Hingley
Publisher's Description
Liz Hingley, the daughter of two Anglican priests, grew up in Birmingham, one of the UK’s most culturally diverse cities, where over 90 different nationalities now live. It is hardly surprising therefore that she developed an interest in multi-faith communities and began to explore the complex issues involved, ranging from immigration, through to secularism and religious revival.

Between 2007-2009, Hingley focused on the three-mile stretch of Soho Road in Birmingham, one of the most varied and fascinating corners of the country. It is a junction of diverse faith, where Muslim, Hindu, Buddhist and Jain, Rastafarian, Christian and Sikh meet. “Faith is exhibited in all the shops, shown off as symbols on hats and t-shirts, branded in tattoos,” says Hingley. “It is religion rather than race that now defines the local communities.”

With more than twenty different religions represented in a single road, various buildings are used for religious purposes from churches in a school gym hall, to makeshift baptism tents in the local park. And with so many communities co-existing in such close proximity, the boundaries between faiths can, as Hingley has observed, become exaggerated. “It was as if these religions were challenging each other,” Hingley said “challenging each other to show themselves off the most.”

Under Gods is a powerful celebration of the rich diversity of these religions and of the reality and intensity of their different lifestyles.
ISBN: 1907893075
Publisher: Dewi Lewis Publishing
Hardcover : 84 pages
Language: English
Dimensions: 9.6 x 11.8 x 0.6 inches