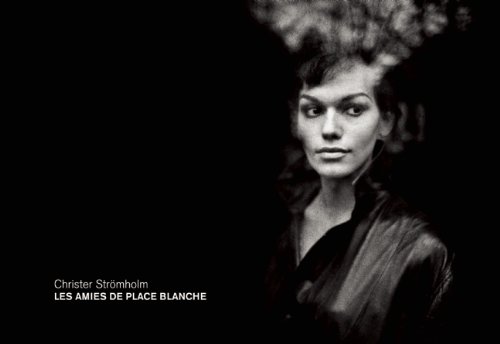 Les Amies De Place Blanche
by Christer Stomholm
Publisher's Description
Originally published in 1983, Les Amies de Place Blanche focuses on the transsexual community living around the Place Blanche district of Paris in the late 1950s and early 1960s. The book established Christer Strömholm’s reputation as one of the leading photographers of the twentieth century.

‘This is a book about insecurity. A portrayal of those living a different life in that big city of Paris, of people who endured the roughness of the streets. This is a book about humiliation, about the smell of whores and night life in the cafés. This is a book about the quest for self-identity, about the right to live, about the right to own and control one’s own body. This is also a book about friendship, an account of the life we lived in the place Blanche and place Pigalle neighbourhood. Its market, its boulevard and the small hotels we resided in. These are pictures from another time. A time when De Gaulle was President and France was at war against Algeria. These are pictures of people whose lives I shared and whom I think I understood. These are pictures of women – biologically born as men – that we call ‘transsexuals’. As for me, I call them ‘my friends of place Blanche’. This friendship started here, in the early 60s and it has been going on for 22 years.’ – Christer Strömholm, 1983

The book includes the original essays by Strömholm and publisher Johan Ehrenberg as well as newly commissioned texts by Jackie and Nana, two of the women who feature in many photographs in the book. The introduction is by Hélène Hazera, a leading French journalist, actress, director, and television producer who is also a transsexual.
ISBN: 1907893156
Publisher: Dewi Lewis Publishing
Hardcover : 212 pages
Language: English
Dimensions: 8.1 x 11.2 x 1.1 inches