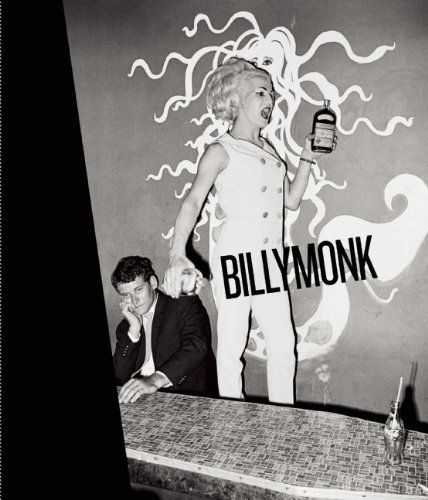 Billy Monk: Night Club Photographs
by Billy Monk
Publisher's Description
Billy Monk worked as a bouncer in the notorious Catacombs club in the dock area of Cape Town, South Africa, during the 1960s. He originally began taking pictures in the club with the intention of selling the photographs to the customers – the people he was photographing. His aim was not to make a social statement, but his money-making scheme quickly turned into something else as he increasingly captured the raw energy of the club, its decadence and tragedy, its humanity and joy.

As someone who shared the experiences of those club-goers he was trusted by them and was able to convey their world and their experience with great energy and honesty. As David Goldblatt has written: “These are photographs by an insider of insiders for insiders. If inhibitions were lowered by the seemingly vast quantities of brandy and Coke that were imbibed, trust, nevertheless, is powerfully evident. Not simply in the raucous tweaking of bared breasts, or the more guarded but evident ‘togetherness’ of two bearded men, as well as the open flouting of peculiarly South African sanctions such as prohibitions on interracial sex. It is also present in the quiet composure of many of the portraits. People seemed to welcome and even bask in Monk’s attentions.”

Monk stopped photographing at the club in 1969. Ten years later his contact sheets and negatives were discovered and in 1982 the work was exhibited at the Market Gallery in Johannesburg. Monk could not make the opening and two weeks later, en route to seeing the show, he became involved in an argument. A fight broke out, Monk was fatally shot in the chest and never saw his work exhibited.