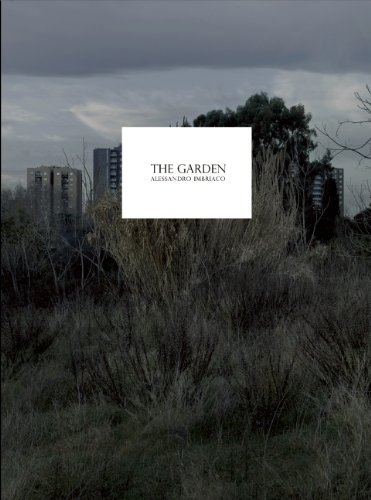 The Garden
by Alessandro Imbriaco
Publisher's Description
Over the last five years Alessandro Imbriaco has been photographing issues around housing problems in Rome. This has led him to explore the peripheral and hidden spaces of the city.

'The Garden' is one of these places. It is a small swamp next to the Aniene River, under a flyover on the ring road circling the eastern outskirts of Rome. Attempts have been made to protect its flora and fauna by designating the area as a nature reserve, though these efforts have failed and it remains abandoned and with no environmental protection. Yet it has ended up protecting other living creatures: Angela, a six-year-old child, was born here and grew up here with her parents Piero, from Sicily, and Luba, from Russia, in a shack under the flyover. They have found sanctuary in the swamp – a safe shelter, hidden from the rest of the city – a different and invisible existence, unimaginable to all those who drive over the flyover every day.