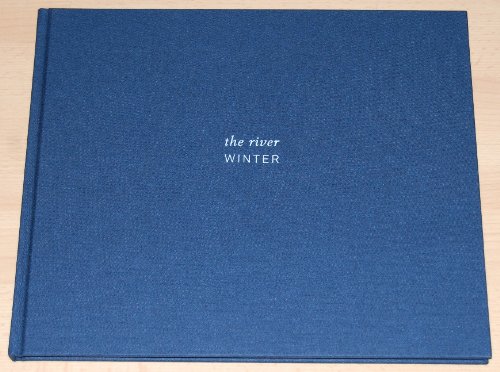 The River Winter
by Jem Southam
Publisher's Description
“Winters, like ice ages, are Janus faced, for after the freeze comes thaw and flood, as water is returned to life and movement. Freeze, thaw, flood: the great climatic cycles that created the topography of the northern hemisphere, and which continue to shape the idea of winter that lies deep in our cultural imagination.” Richard Hamblyn

In November 2010, after a photographic lull of half a year, Jem Southam took a photograph which became the first in this series, The River Winter and which spurred him to make one of the most concentrated bodies of work in his career. From late autumn through to the earliest signs of spring, along the banks of the river Exe in Devon, Southam chose locations and took photographs, returning at regular intervals. This pattern continued for the next five months with Southam documenting the subtle agencies of change transforming the landscape. By the end of January 2011 he realized this had become a new work, one that caught the effects of the Earth’s turn on film, one which followed the passage of a single winter.

The shift in seasons is presented through a sequence of ten by eight colour contact prints, with which an essay by Richard Hamblyn explores how, since the last ice-age, winter has embedded itself into our cultural psyche.