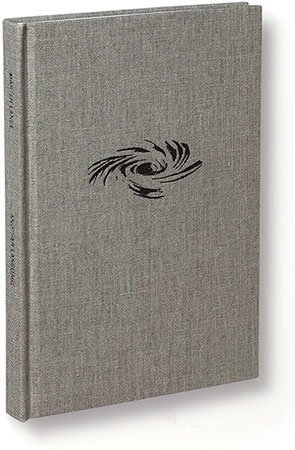 Another Language
by Marten Lange
Publisher's Description
A physical delineation of nature terminates at the point where the sphere of intellect begins, and a new world of mind is opened to our view. It marks the limit, but does not pass it. Alexander von Humboldt (1845)

The aesthetics of science, nature and the materiality of things are recurring themes in Mårten Lange’s work and in Another Language, his first major publication, Lange delves even deeper with this fascination for the natural world.

Combining images of flora, fauna and natural phenomena in an intimate and beautifully crafted book, Lange teases out a subtle narrative - a meteor crashes, a landmass is visible and a distant planet occupies the final page - but the book is more akin to the workings of a scientist collecting specimens. Together the photographs create a cryptic and heterogeneous index of nature, with recurring shapes, patterns and texture, where the clarity and simplicity of the individual photographs contrasts with the enigmatic whole.

Shot in his signature black and white style, his subjects are isolated from their environments, taking on sculptural qualities. Ranging from the sublime (lightning, mountains, a star) to the commonplace (ducks, rocks, a fish), these phenomena all attain equal importance through the democracy of Lange’s photographic treatment.

Mårten Lange was born in 1984 in Mölndal, Sweden. He studied photography at Gothenburg University in Sweden and the University for the Creative Arts in Farnham, United Kingdom. He has previously self-published four books, including Machina (2007) and Anomalies (2009).