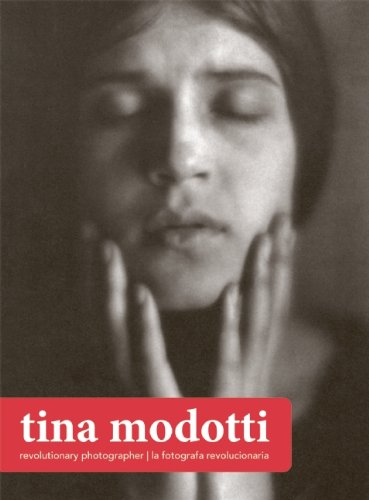 Born in Italy in 1896, photographer Tina Modotti lived an extraordinary life. Migrating as a teenager with her father to the United States, she began her working life as a textile worker. Drawn to the cultural scene in Los Angeles, she became an actor in some early Hollywood silent movies. Moving to Mexico in the 1920s, she became a contemporary of Frida Kahlo, Diego Rivera, and Julio Antonio Mella. She is portrayed in several of Diego Rivera's murals and, as Rivera's photographer, she photographed many of his murals as he worked and after they were completed.

Deeply involved in the revolutionary movements of her time, she fought in Spain's Civil War in the 1930s, where she met Pablo Neruda. She later lived in the Soviet Union but found the repressive atmosphere there stifling. This edition features text in English and Spanish.

As one of the most outstanding female photographers of the twentieth century, Tina Modotti was initially trained by the iconic US photographer Edward Weston. She later developed a unique documentary style of photography. Profoundly influenced by the post-revolutionary cultural and political fervor in Mexico, she became internationally recognized for her photographs of that country. She died there at the age of forty-six.
ISBN: 1921700696
Publisher: Ocean Press
Hardcover : 120 pages
Language: English
Dimensions: 0 x 0 x 0 inches